To learn more about renewable products from corn & find a recipe to make your own corn plastic, check out the Corn Ag Mag. 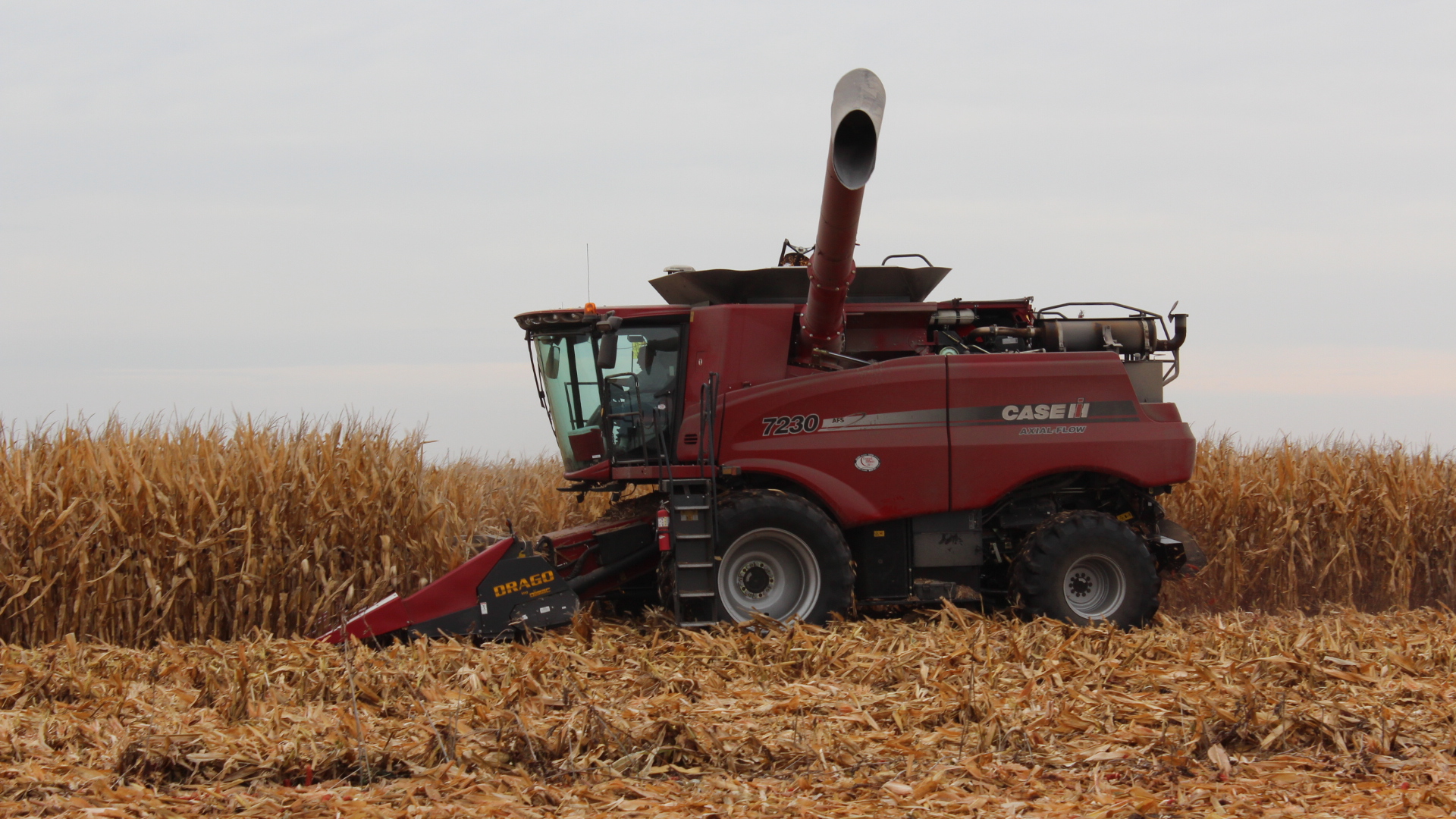 Driving through rural areas of central Illinois, you may notice that two main crops dominate the landscape. Why do Midwestern farmers focus on growing corn and soybeans?

Explore the how these crops came to be such a big part of agriculture in the area with Don Meyer, Illinois State University lecturer in this week’s Farm Fresh Podcast.

Listen for the Farm to Table segment every Wednesday on WJBC radio at 12:45 p.m.

Where does McLean County Corn Go? 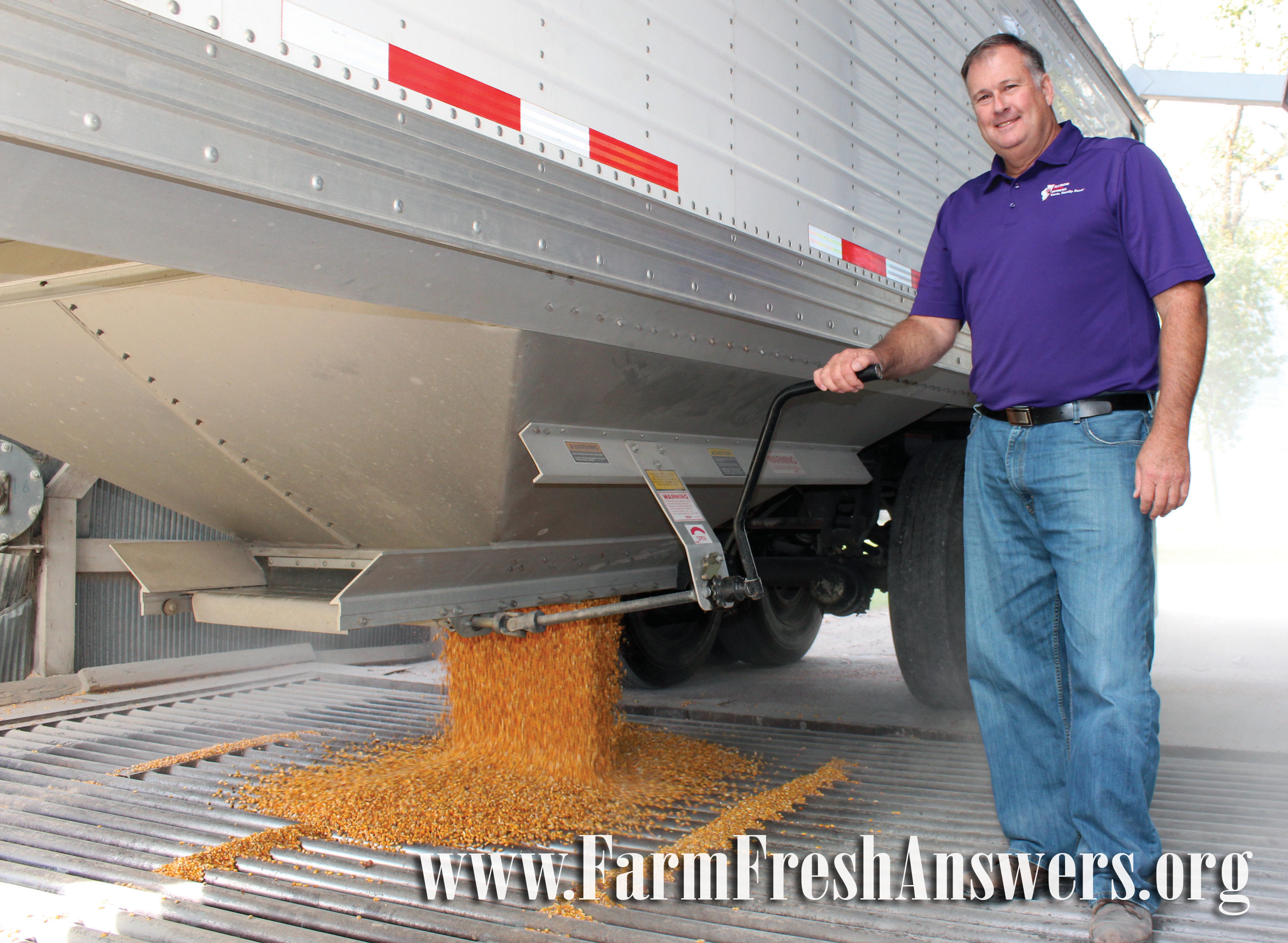 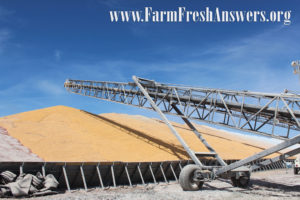 In 2015, McLean County farmers grew more than 63 million bushels of field corn, an amount which would stretch more than 1,000 miles if all of it were loaded in semis parked bumper to bumper.

So where does all of that corn go?

After the farm, the next step is usually a commercial storage and distribution facility called an elevator. 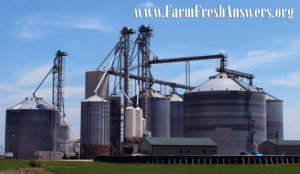 Grain elevators aggregate and ship corn, soybeans and other grains.

“Most of my fields are within five miles of an elevator,”  says McLean County grain farmer David Meiss. The short commute is particularly beneficial during the busy harvest season. “In the off season [winter], I sometimes truck corn to the Illinois River or a rail loading facility in Toluca.”

Corn delivered to a river terminal is likely headed down the Mississippi River and exported to international destinations while rail facilities are more likely to ship corn to livestock farms in the southwestern U.S. or to a processing facility.

“Corn has a diversified market because you can feed it raw to livestock or process it into a variety of products,” says Rod Weinzierl, Executive Director of the Illinois Corn Growers Association.

McLean County agriculture is predominately grain farming with a relatively small amount of livestock, which means most corn travels outside the county in kernel form.

“Probably less than five percent gets used as livestock feed within the county,” Weinzierl says. “There’s some variability year to year, but a large portion of McLean County’s corn goes to Decatur where it gets turned into fuel or food ingredients.”

Ethanol plants can turn one bushel of corn (56 pounds) into 2.8 gallons of fuel plus 17 pounds dried distillers grain (DDGs), a high protein livestock feed leftover from the fuel-making process.

“Not a lot of McLean County grain goes overseas as whole kernel corn, but quite a bit of the DDGs are exported,” Weinzierl says, going to feed cattle, hogs and chickens as far away as Thailand and Vietnam.

On the food ingredient side, McLean County corn can be used to produce sweeteners, corn oil, corn starch and more.

Why do McLean County farmers grow so much corn? Because there is demand for it.

“From a world supply standpoint we have a little bit of carry over every year, but it’s not that much. The world uses pretty much all of the corn farmers grow,” Dennis says.

How high’s the corn? Find out in an update on the growing season from local farmer Paul Schuler in today’s Farm Fresh Podcast.

Be sure to check out the Farm to Table segment every Wednesday at 12:45 p.m. on WJBC radio.

Growing up on a family farm and getting involved at a young age inspired a passion for agriculture for McLean County farmer Justin Maitland.

Check out the challenges and opportunities he sees on the horizon as he looks to continue the tradition of farming for his family.

Click below to listen to the segment and be sure to check out the Farm to Table segment every Wednesday at 12:45 p.m. on WJBC radio.

There are no upcoming events at this time.